Deleuze and Guattari on modern subject as effect of capitalism

You can download book on which we are referring to on our Telegram channel https://t.me/probapraxe

The modern subject is an effect of capitalism (and capitalism emerges
from a long history of desire): all social assemblages stabilize difference, but
capitalism no longer does so by external codes (the tribe or the despot), but
by de‐coding. Anything is possible and acceptable as long as it is my choice
and as long as it takes part in the general exchange of markets. “We” accept
that there is no law or presence other than that of the differentiating structuresof language and exchange.

What Deleuze and Guattari argue for, against this acceptance of the structures of language and capital, is schizo‐analysis.

How did the psyche – the subject who submits to the laws of language and
the market – become the basic social unit whose interests are now those of being a good worker and citizen? In Anti‐Oedipus the history is fairly
straightforward and proceeds from the tribe as collective assemblage to the
family and the Oedipal individual who assumes that either one accedes to
the law or one falls into psychosis.

This is what they refer to as the disjunctive synthesis: one is either a man or woman, a moral citizen or psychotic, arational individual capable of communication and consensus or a dysfunctional“schizo” in need of therapy and integration.

Against this, Deleuze andGuattari argue that we see the unified psyche as an effect of the repression ofdesire, where desire is directly revolutionary.

Why do we think of language and social units such as the family, as privilegedcodes for thinking about life? Why do we, for example, trace the individual’s desires back to her family history, and not trace the family back to its emergence from broader social assemblages? And why do we not think
of the human social assemblage, in turn, as having its historical condition of
emergence in geological and microbial life?

Language and the economy are legitimate systems of difference, but they form only one stratum among many, and both language and money have their origin in earlier human and inhuman relations. Deleuze and Guattari therefore argue for desire, which is not human: in the beginning is some force that enters into relation with another force.

From the “pre‐biotic” soup or “intense germinal influx” relations
among forces allow for the emergence of single‐celled organisms,
which allow a history of light, oxygen and carbon to produce a history of
bodies. The task for thinking is not to move from organized bodies to some
single “Body Without Organs,” for there are always multiple and divergent
strata that produce systems of relative stability.

Rather one moves from organization to a disorganization which is also a higher level of difference, ever more complex and ever more intensive. For Deleuze and Guattari, continuing the project of schizoanalysis from Anti‐Oedipus (1983), “higher deterritorialization,” requires taking any seeming stability – such as “man” or the subject (see Foucault) – and then opening up the organized whole to the fluxes of desire from which it emerged. From the differentiated to the more and more differentiated, Deleuze and Guattari use the concept of desire to open the notions of language, structure and economy to radically inhuman and inorganic forces. 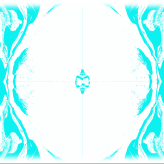